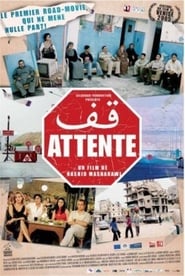 Before leaving to settle abroad, Ahmad accepts one last job. He must audition actors for the new National Palestinian Theatre. On the road with interviewer Bissan and her cameraman Loumir, Ahmad goes in search of talent in the numerous refugee camps of Jordan, Syria and Lebanon. Hopefully for the last time, Ahmad experiences the insurmountable difficulties of life in Palestine: harassing searches at check points and borders, barricades, constant tension. He realizes the destiny of all waiting refugees is much the same as his own. He ends up guiding the auditioning actors into dramatizing what best embodies their destiny. But with the chance to catch his plane at risk, Ahmad could see the opportunity for his long-awaited exile slip away