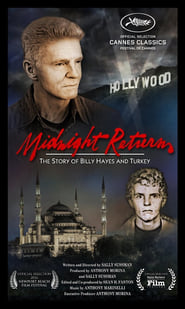 Midnight Return: The Story Of Billy Hayes And Turkey

The documentary, Midnight Return explores the enduring and emotional power of film as seen through the lens of the blockbuster success, Midnight Express. When Billy Hayes, one of the most infamous names of his generation and on whom the picture is based, returns to Turkey thirty years after his daring escape from prison, he faces a country still haunted by the film. Turkey suffered tremendous economic and psychological damage as a result of Midnight Express and more than thirty years later they are still trying to escape the stigma. So when a group of young Turkish Policeman reach out to their mortal enemy, Billy Hayes and invite him back to Istanbul for a conference, no one is more shocked and thrilled than Billy himself.